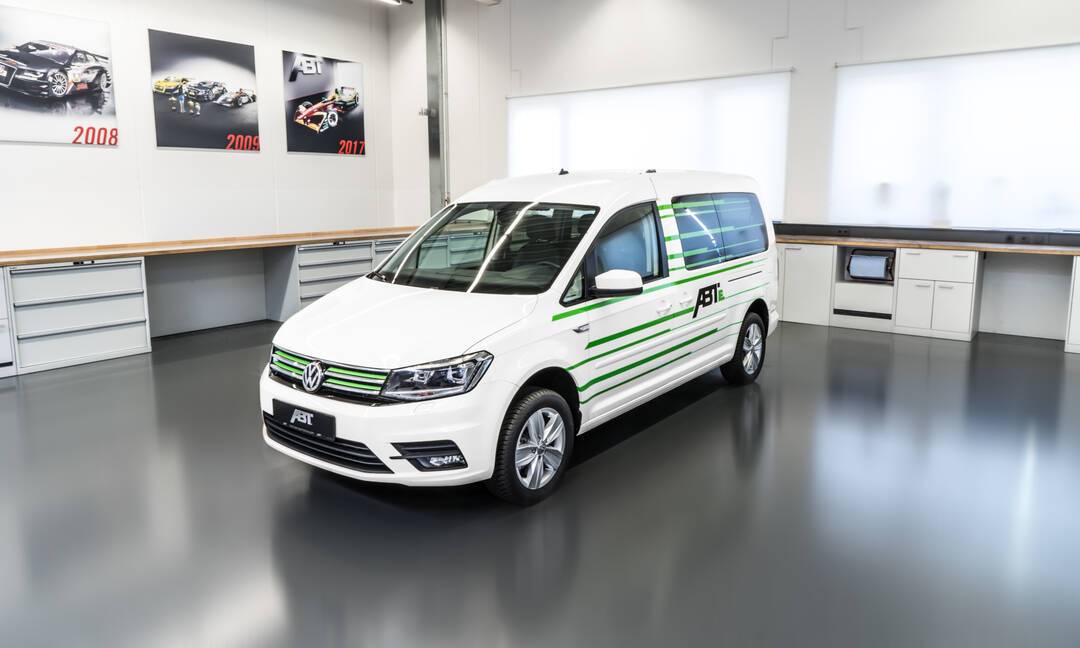 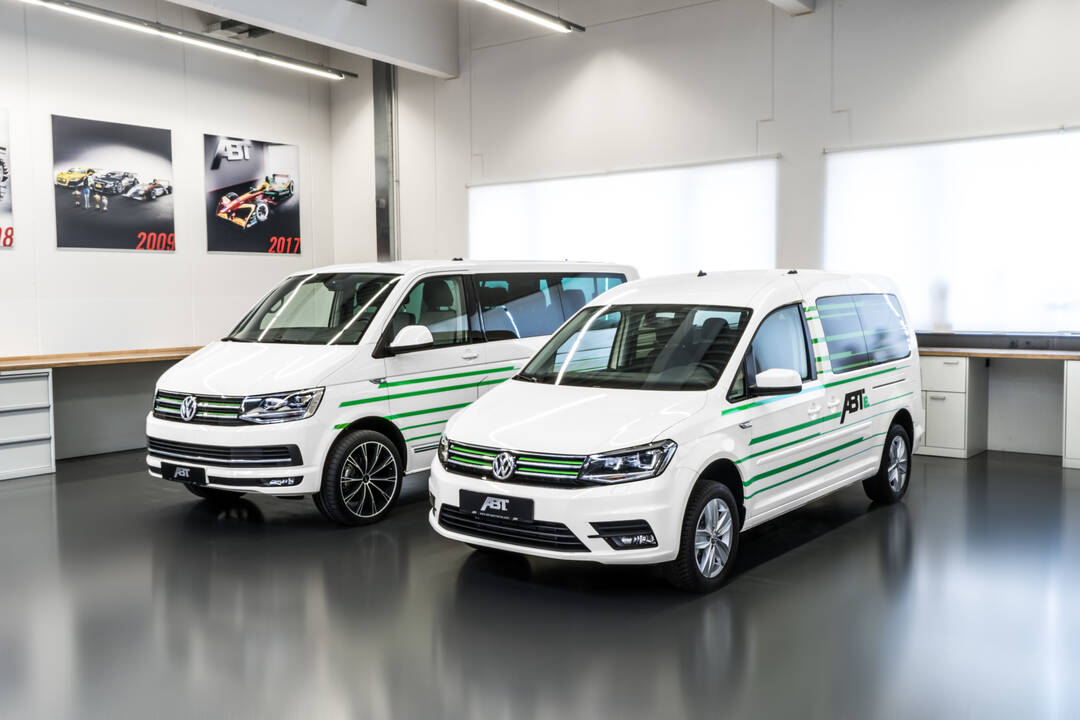 As a premium partner of VW Nutzfahrzeuge, ABT e-Line presents the ABT e-Caddy at this year's IAA in Frankfurt (12 - 22 September). The electric MPV will be on show to the public at the Volkswagen stand (A02, Hall 3).

Reliable, flexible and versatile: The new ABT E-Caddy shares the same advantages that have made the Caddy Maxi with internal combustion engine a perfect all-rounder. The crucial difference: The new ABT e-Caddy is driven by a powerful electric motor (82 kW/200 Nm) and receives a constant supply of energy from a 37.4 kWh high-voltage battery.

This makes the e-Caddy with its five seats or up to 4.2 m³ of load space the most eco-friendly MPV in the world, ready for a wide range of applications. With a top speed of 120 km/h, the ABT e-Caddy easily keeps up, even on the motorway. After preliminary development, its range is now so wide that you can relax and criss-cross the city all day long. Whether as a craftsman to the customer, as a local taxi or transporting the family from school to the sports ground and afterwards to the children's birthday. And if the power should start to run down, it takes under an hour to charge the 37.4 kWh battery via a CCS rapid charger, so you can continue on your way after lunch. In short, everyone can imagine themselves in the ABT e-Caddy: See it for yourself at the IAA in Frankfurt – one of the most important automotive trade fairs in the world – from 12 to 22 September at the Volkswagen stand A02 in Hall 3.

Christoph Bergmann, Managing Director of ABT e-Line GmbH: “We are absolutely convinced that electric drives will play a crucial role in future mobility and will prevail in wide areas of society. Indeed – they will have to, if we want to achieve important climate targets and optimize quality of life for people in densely populated areas. That is why we have been working on this issue with increasing intensity forover a decade. With the e-Transporter and the e-Caddy, we now offer two vehicles in sectors which are becoming ever more important: local emissions-free distribution traffic and passenger transport in densely populated areas. These two vehicles are our answer to impending driving bans for vehicles with internal combustion engines in growing number of inner cities. The expected lower energy costs and maintenance costs are additional advantages.”