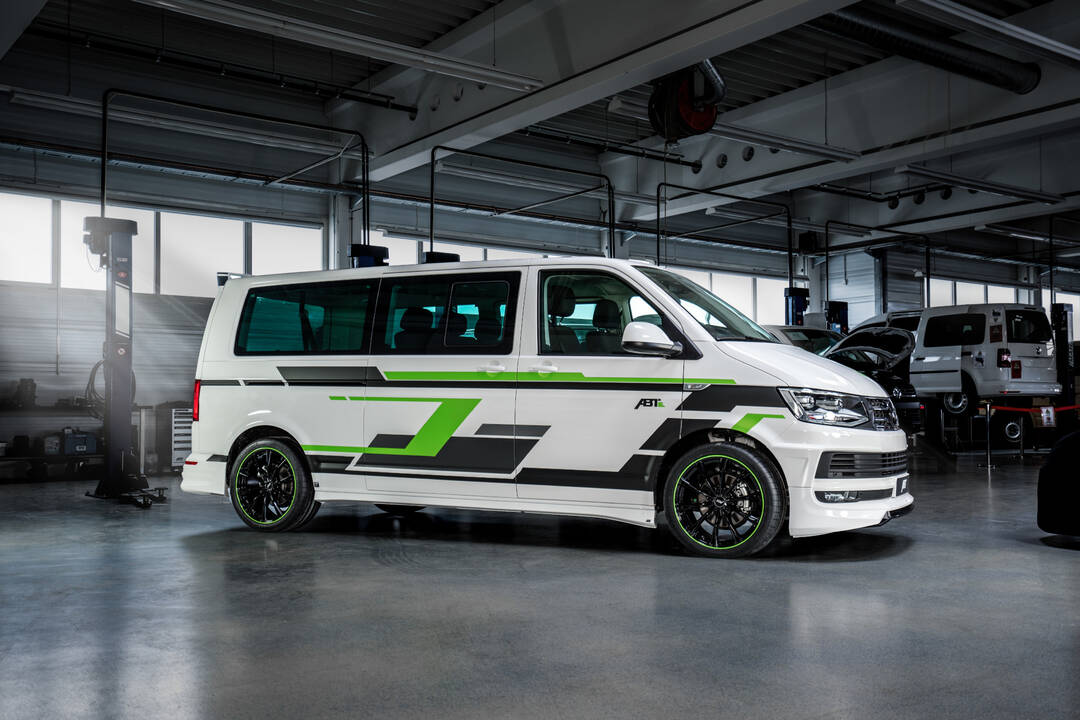 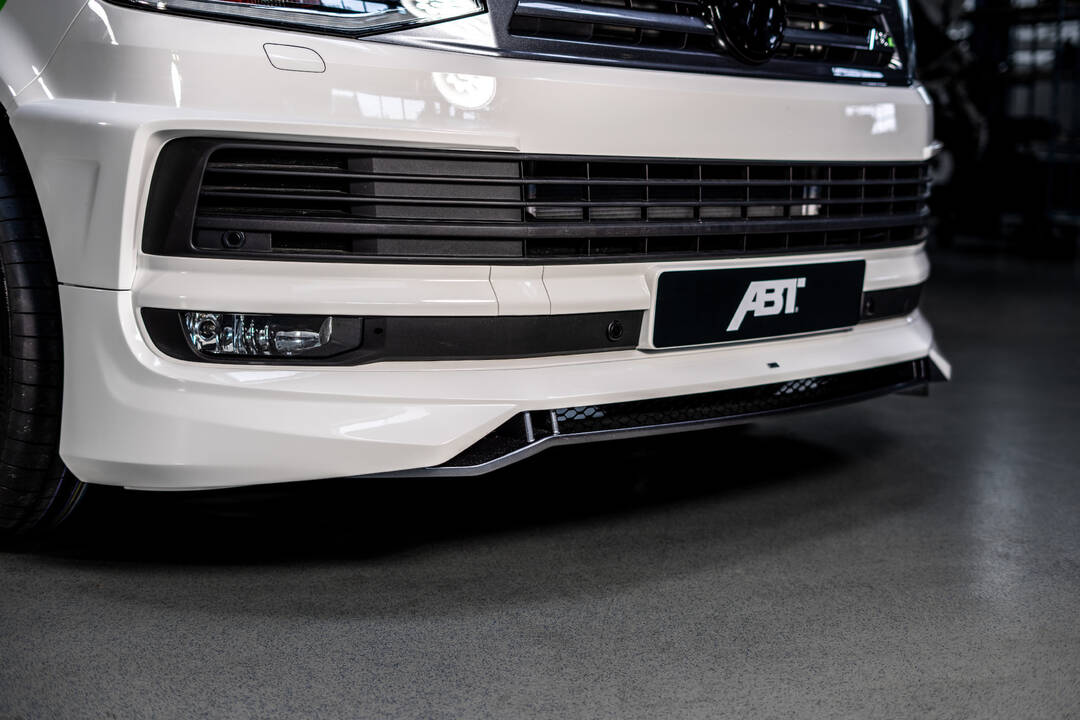 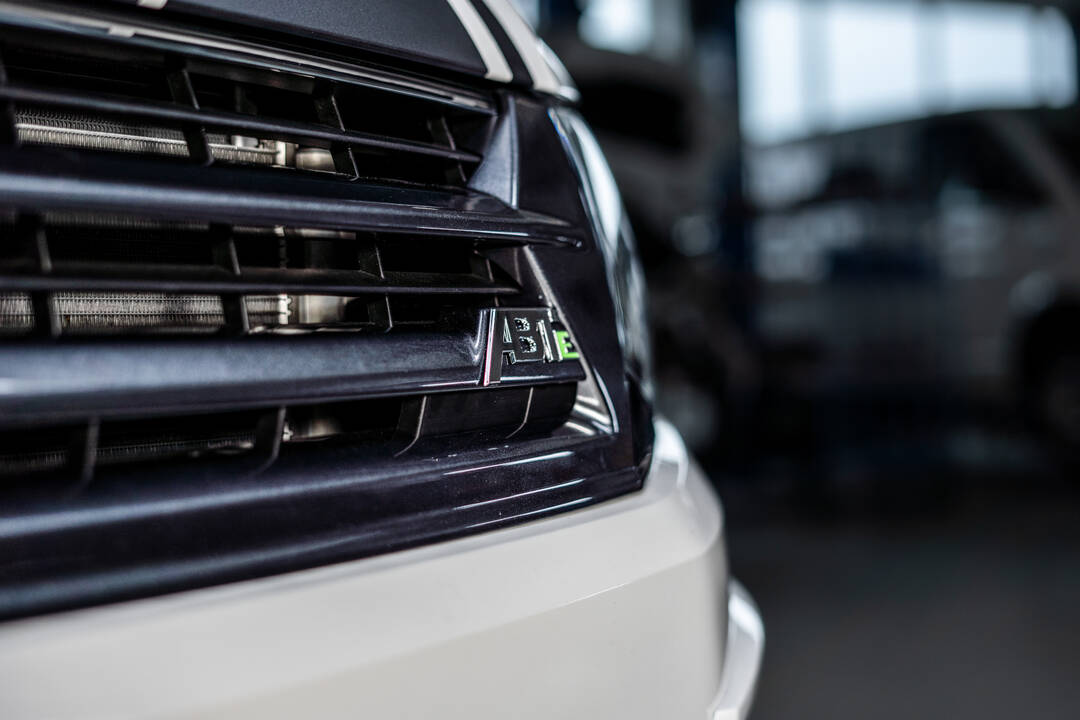 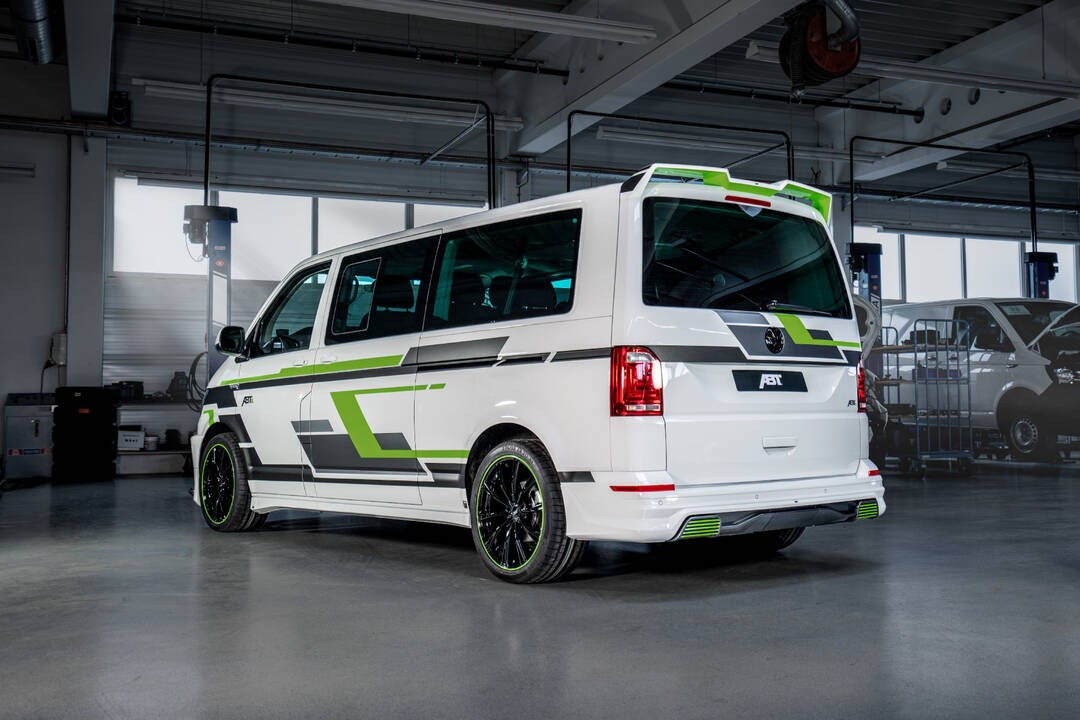 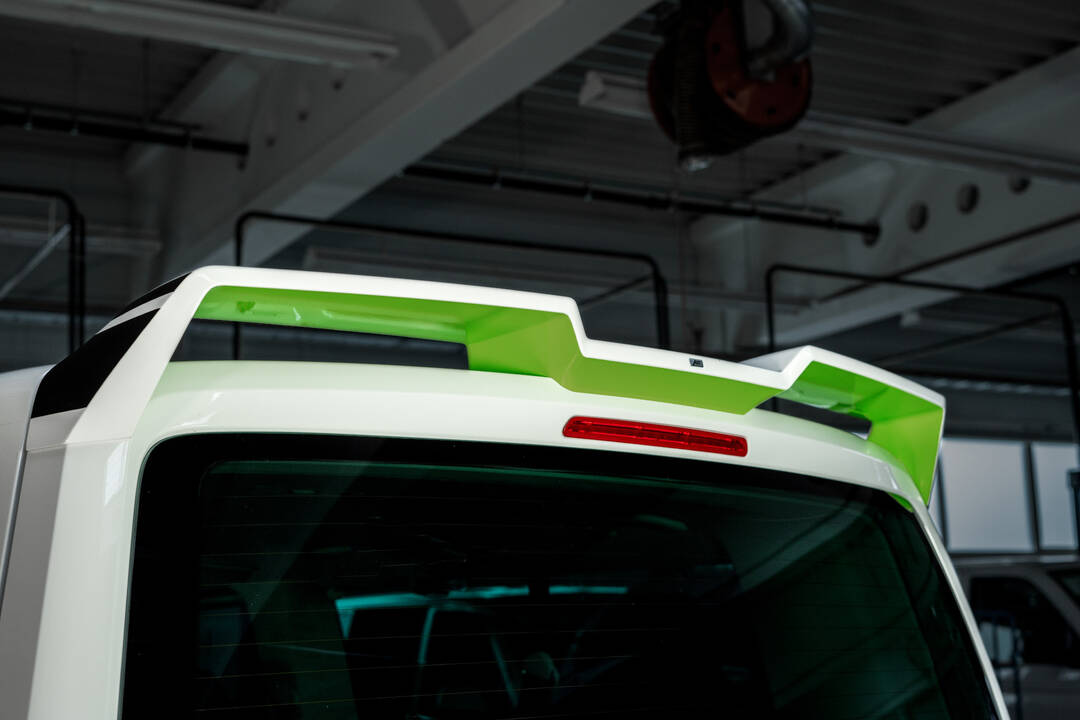 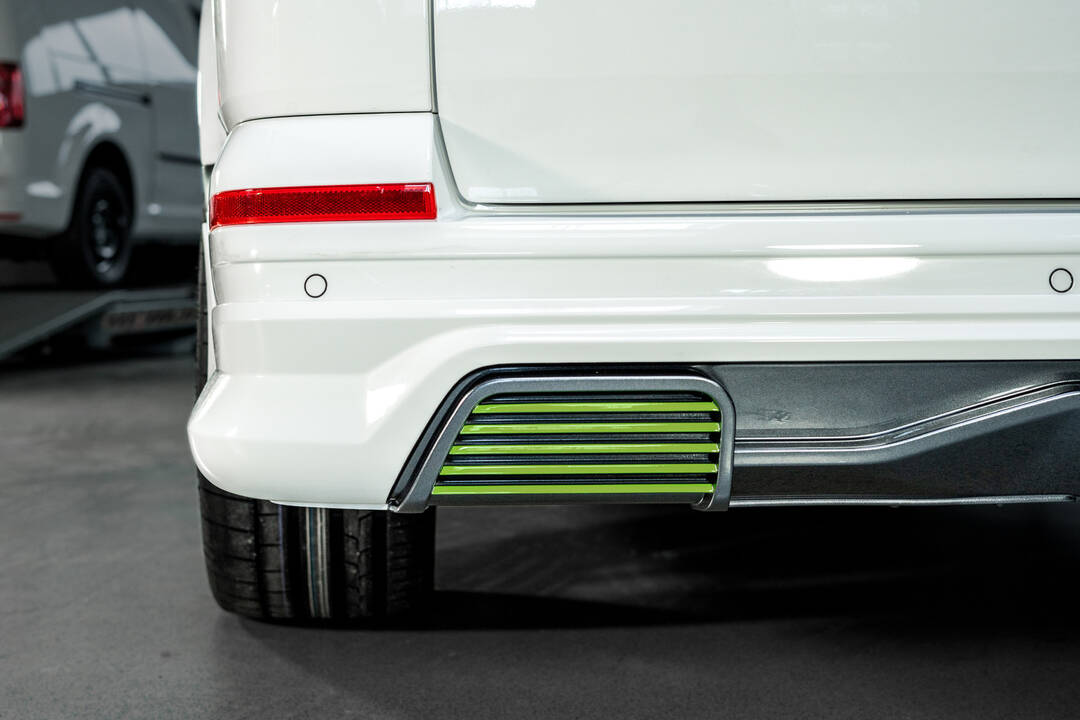 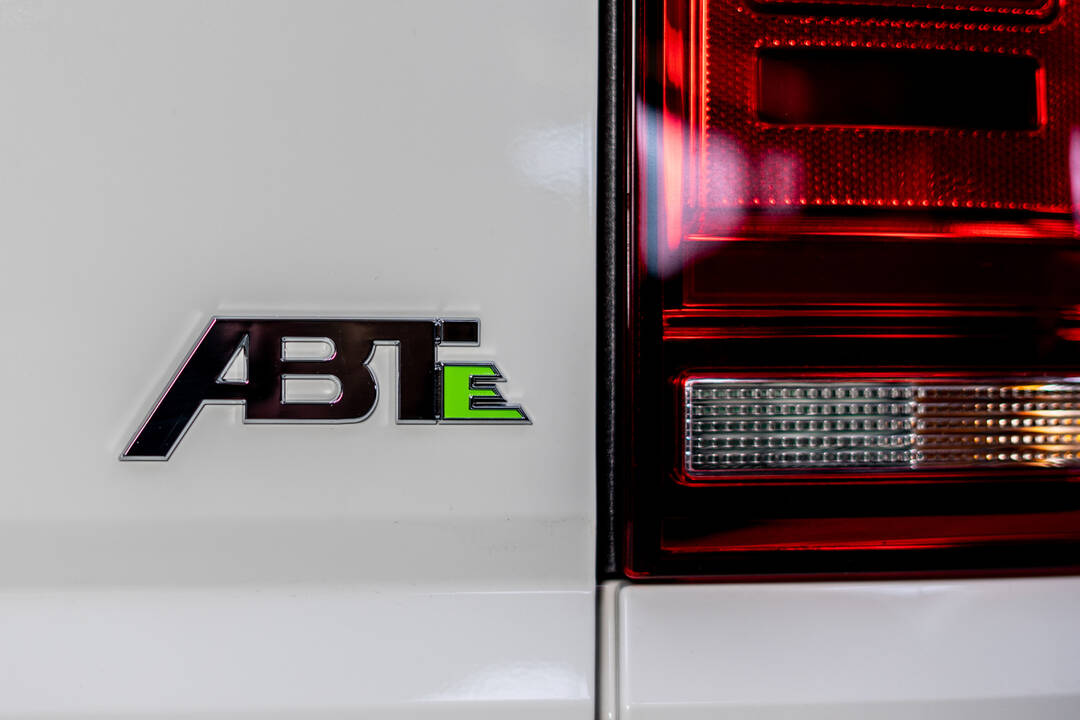 ABT e-Transporter with complete tuning package

The new ABT e-Transporter will be presented at the auto show in Geneva as a tuning version for the first time even before start of series production – at stand 1244 in hall 1. The fully electric vehicle is an in-house development and is based on a VW T6, which is electrified at our subsidiary ABT e-Line.

The Palexpo convention center, where the Motor Show will take place from March 7 - 17, 2019, is only a brisk walk away from Lake Geneva. The water level in the lake is regulated by the Barrage du Seujet power plant, which generates around 21.1 million kWh/year. This could be used to charge the battery of the new ABT e-Transporter more than half a million times. With this vast amount of energy, you could also drive around the earth nearly 3,000 times. The vehicle will be presented at the auto show as a tuning version for the first time even before start of series production – at stand 1244 in hall 1. The fully electric vehicle is an in-house development and is based on a VW T6, which is electrified at our subsidiary ABT e-Line. The company is an official Premium Partner of VW Nutzfahrzeuge, meaning that sales are also handled by the vehicle manufacturer. The first deliveries to customers are expected for the beginning of the 3rd quarter of 2019.

Worth seeing: Aeropackage and 20-inch wheels

The comprehensive tuning package is sold exclusively through the dealer network of ABT Sportsline. The exhibition vehicle features a complete Aerokit with ABT front skirt add-on, front grille add-on, side skirts, rear wing and rear skirt set, in addition to covers for the tailpipe trims – for obvious reasons, no exhaust system was fitted. Instead, the eyes can feast on 9.0 x 20 inch alloy wheels type ABT Sport GR. As a highlight, the rims with "glossy black" finish feature a green edge on the exhibition vehicle. They are combined with Continental tires in 275/35 ZR20. ABT suspension springs do not only improve the handling, but also the look of the vehicle. Last but not least, the custom-made film wrap creates a link to the ABT RS6-E prototype, which was presented in 2018 and caused quite a stir with a system power of up to 1,018 HP (749 kW). The ABT e-Transporter is perhaps even more of a revolution in its own way.

The electric motor in the ABT e-Transporter has a power of 82 kW (111 HP) and a maximum torque of 200 Nm. The 37.3 kWh battery achieves a range of 208 km, assuming a consumption of 18 kWh for 100 km as per NEDC. A larger battery with 74.6 kWh is expected to be available for those who intend to take longer trips. It extends the range to around 400 km. At a CCS quick charging station (40 kW), the battery can be charged to 80% capacity in 49 minutes (37.3 kWh version) or 98 minutes (74.6 kWh version). There is also plenty of capacity in other respects: The ABT e-Transporter, which is always delivered with a long wheelbase, offers 6.7 m³ loading space. Other versions, like the Caravelle, are available for passenger transport and look particularly attractive with the ABT tuning package.

Also worth a look: the new ABT e-Caddy

For transport tasks which do not quite require the size of the ABT e-Transporter, there will also be an ABT e-Caddy as an alternative. With up to 4.2 m³ in the load compartment and five seats, it is ideal for a variety of uses. It has the same motor, and therefore performance data, as its big brother. While the e-Caddy is only available with the smaller of the two batteries, it still has a slightly longer range of 220 km. This is due to the smaller dimensions and lower weight.