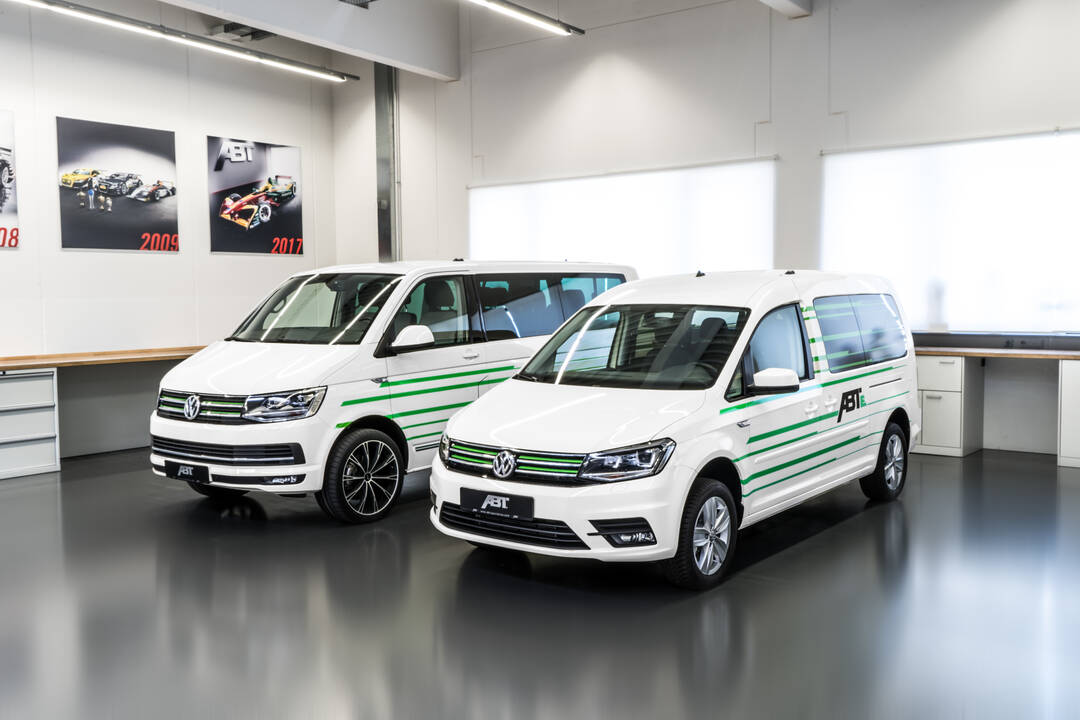 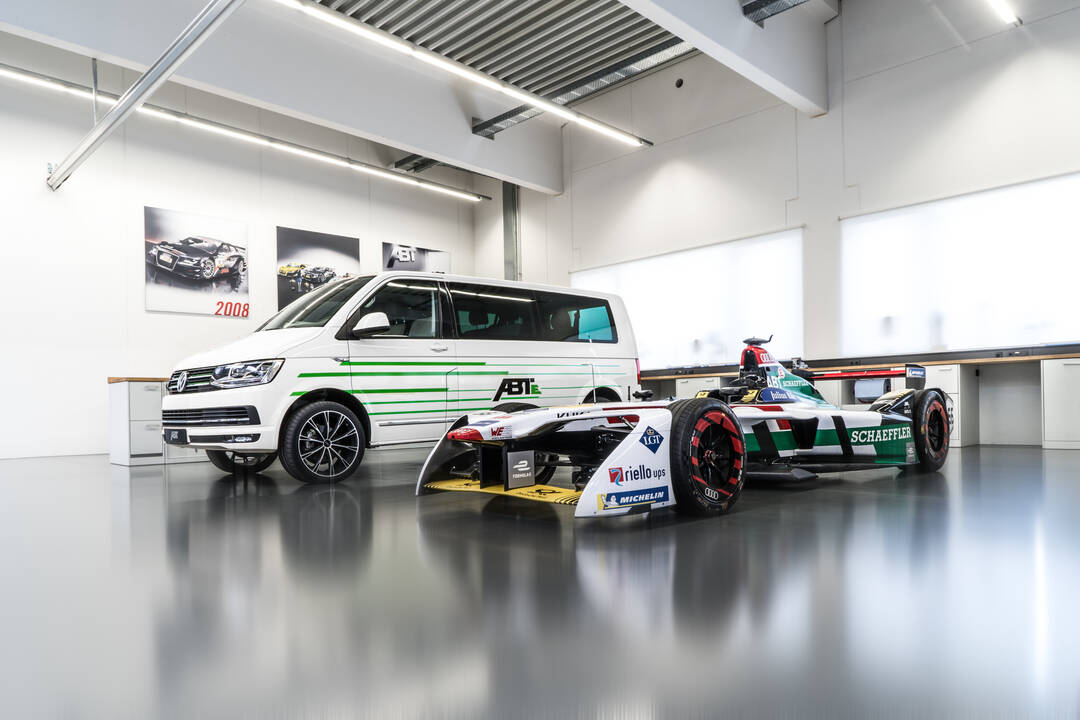 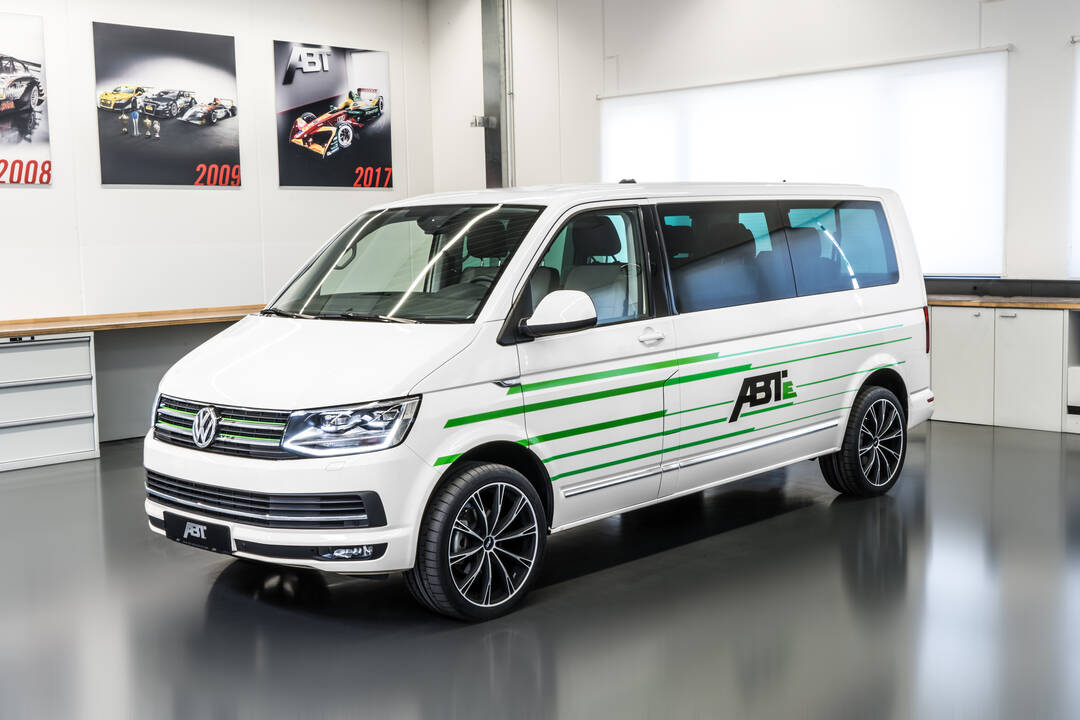 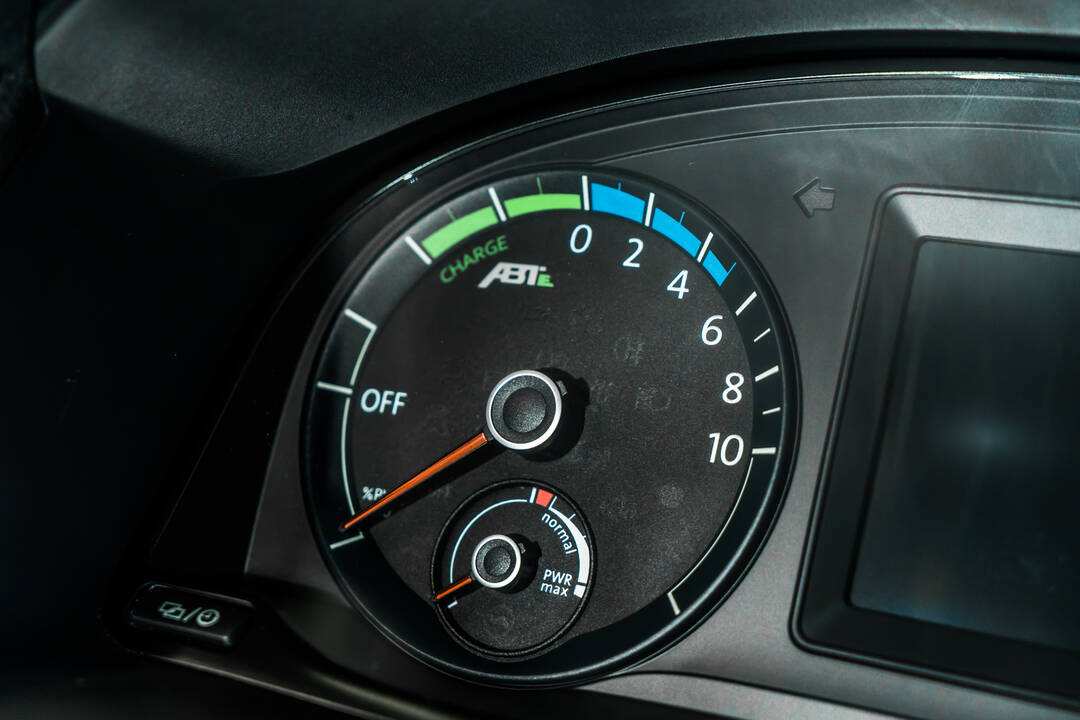 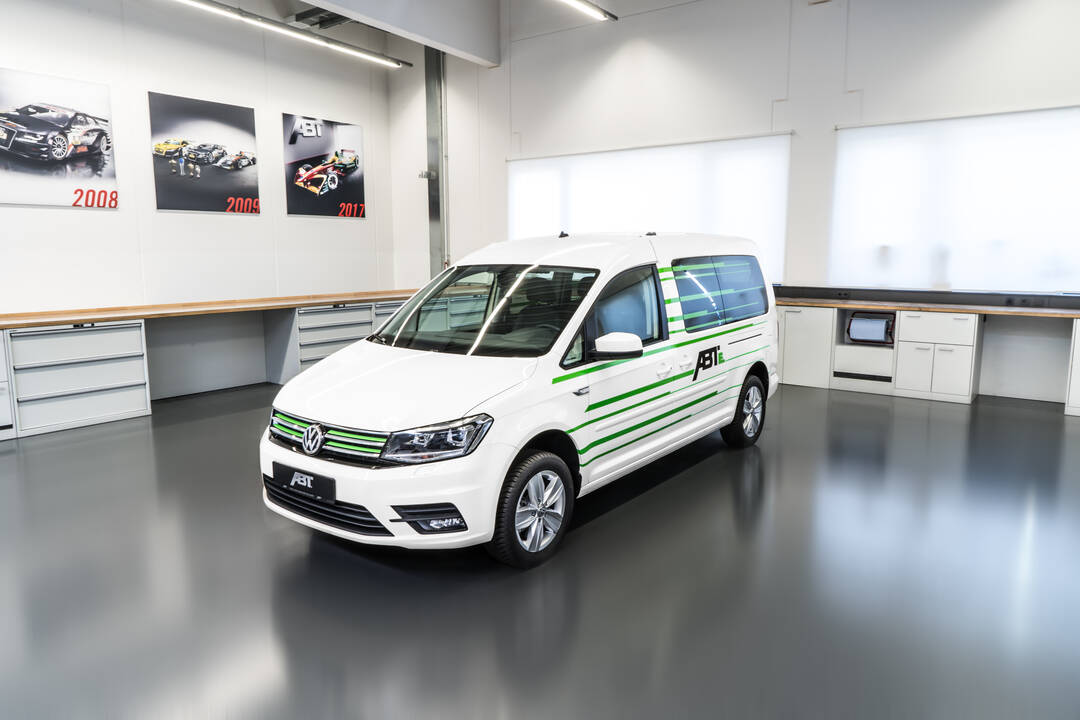 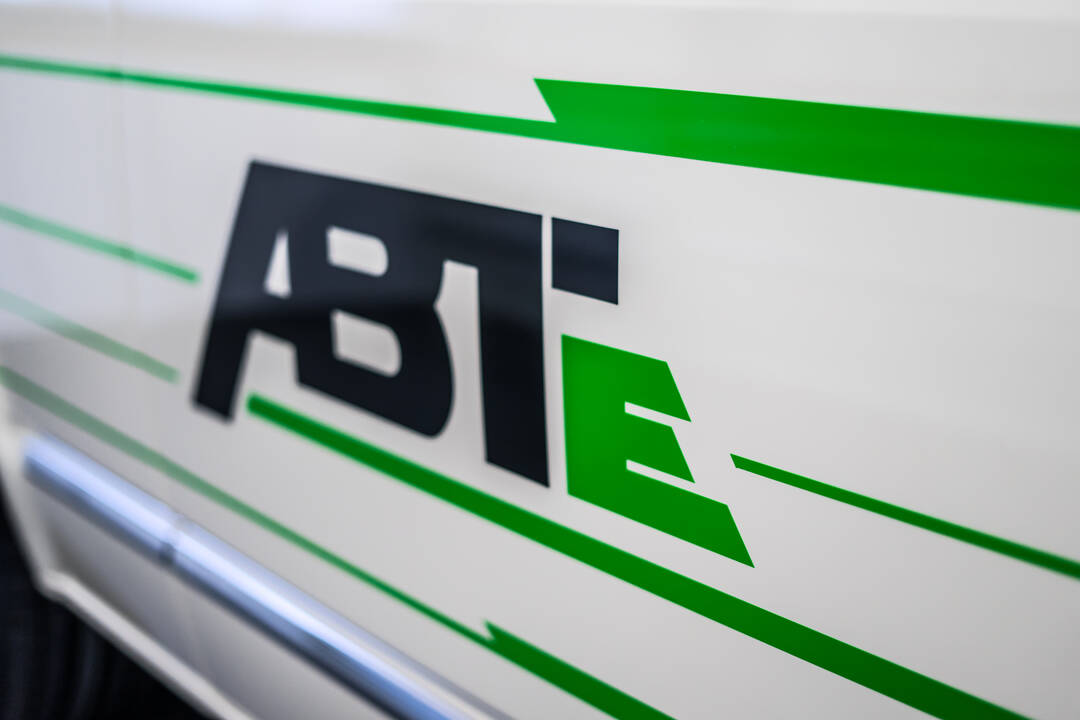 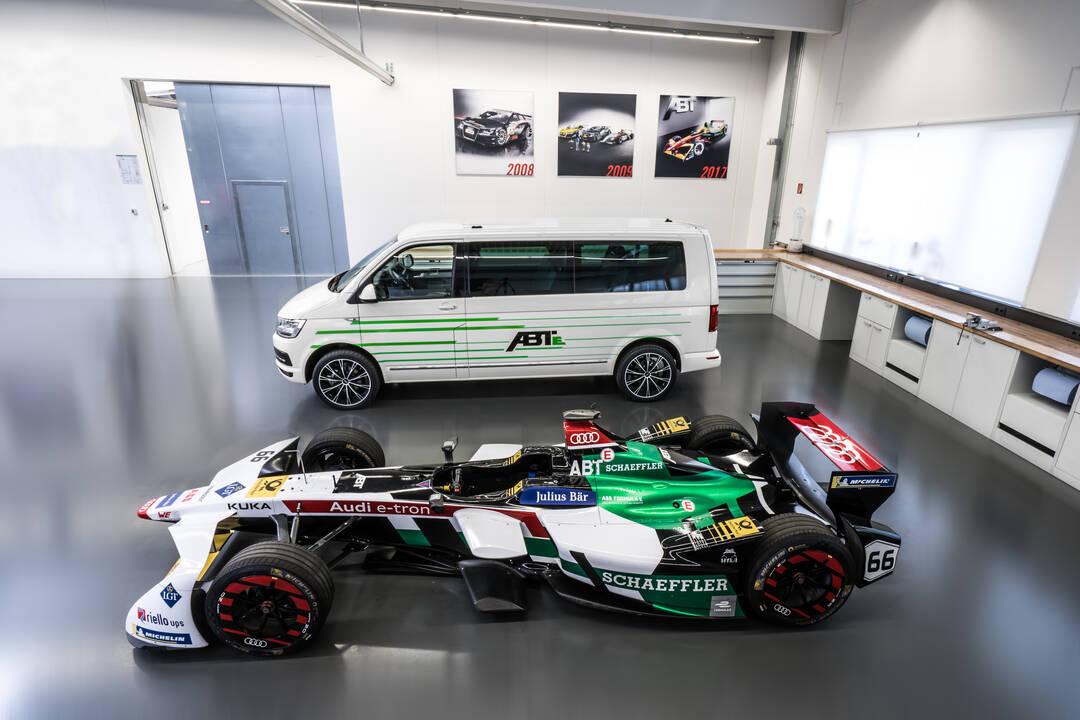 E-mobility solutions from ABT e-Line for commercial use

ABT Sportsline – worldwide leading tuner of vehicles from the Volkswagen Group – is represented at the IAA Commercial Vehicles for the first time. And that with two very specially modified small transport vehicles: As a partner of VW Nutzfahrzeuge, ABT e-Line – the electric mobility department of the Bavarian company – converted the Transporter and Caddy models into environmentally friendly e-cars.

In an electric version for zero-emissions on local journeys, the ABT e-Transporter with long wheelbase developed by ABT e-Line still offers the full load compartment volume of 6.7 m3. This makes the 2,724 mm long, 1,627 mm wide and 1,410 mm high compartment perfect for professional configuration with a multi-purpose floor and a complete cabinet or workshop system. Not enough space? The new ABT e-Transporter can also be ordered with a trailer hitch.

As a station wagon or caravel version, the converted vehicle can transport nine people up to 208 kilometers. Not enough range? No problem: The ABT e-transporter is also available as a version with double battery capacity (74.6 instead of 37.3 kWh). A combined power consumption of 18 kWh on 100 kilometers (NEDC) provides a range of up to 400 kilometers. Even this endurance wonder still has a payload capacity of 695 kg. At a CCS quick charging station (40 kW), the battery can charge 80 percent of its capacity in 49 minutes (37.3 kWh version) or 98 minutes (74.6 kWh version). The 37.3 kWh energy store is fully charged after 5:10 hours with an AC charge (7.2 kW), while the large version needs 10:20 hours.

An electric motor with 82 kW ensures quick journeys even with a full load. The maximum torque is 200 Nm and the top speed is 120 km/h.

City centers love this minivan – the new ABT e-Caddy

Reliable, flexible and versatile: the new ABT e-Caddy offers all the benefits that have made the Caddy Maxi with internal combustion engine the perfect multi-use vehicle. The crucial difference: the new ABT e-Caddy is equipped with a powerful electric motor (82 kW/ 200 Nm) supplied by a 37.3 kWh high-voltage battery pack.

This makes the e-Caddy with its five seats or up to 4.2 m³ cargo space the probably most environmentally friendly minivan in the world, ready for a variety of uses. With a top speed of 120 km/h, the ABT e-Caddy can even hold its own on freeways. And the maximum range of 220 kilometers allows relaxed journeys across town all day long, whether tradesmen visiting customers, taxis in inner city traffic or as a family vehicle from school to playing fields to birthday parties. And when the battery charge is low: during a coffee break, the 37.3 kWh battery of the e-Caddy can be charged to 80 percent on a CCS quick charging station in just 49 minutes.

Christoph Bergmann, Managing Director of ABT e-Line GmbH: “We are absolutely convinced that electric drives will play a crucial role in future mobility and will prevail in wide areas of society. Indeed – they will have to, if we want to achieve important climate targets and optimize quality of life for people in densely populated areas. That is why we have been working on this issue with increasing intensity for almost a decade. With the e-Transporter and the e-Caddy, we now offer two vehicles in sectors which are becoming ever more important: local emissions-free distribution traffic and passenger transport in densely populated areas. These two vehicles are our answer to impending driving bans for vehicles with internal combustion engines in growing number of inner cities. The expected lower energy costs and maintenance costs are additional advantages.”